You are here: Home / About Us / Private: Patrons / Vitor Luiz 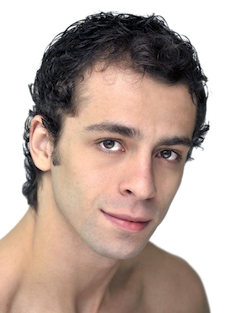 Born in Brazil, Vitor Luiz studied classical ballet by Brazilian distinguished ballet masters such as Pedro Kraszczuk, Dalal Achcar, Stella de Mello and Victor Navarro. At the age of 16, he was granted a full scholarship at the Royal Ballet School in London, and his professional career began before he was 18 years old in England, with the Birmingham Royal Ballet. In 2001, Vitor joined the Municipal Theater of Rio de Janeiro’s, Brazilians most traditional major classical ballet company, where he became a principal dancer and international guest artist.  Due to his experience in both Europe and the Americas, diverse training and influences, Vitor was fortunate to be exposed to a diverse amount of repertoire and dance styles. That fed his curiosity, which led his interest in San Francisco Ballet, for its well-known reputation on innovation. He joined the San Francisco Ballet Company as a principal dancer in 2009 and enjoyed 10 years with this company.

Vitor was nominated for an Isadora Duncan Dance Award for Best Ensemble Performance in Possokhov’s Classical Symphony during the 2010 Repertory Season.