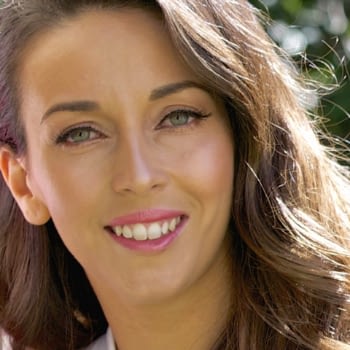 Jasmina has been a part of the dance industry for over 32 year, she has been trained in many dance styles with specialist teachers, choreographers and industry professionals from some of the world’s top dance companies, including The Australian Ballet, Royal Ballet, English National Ballet, Nederlands Dance Theatre and many more. In 2019 she was extremely honoured to have received recognition from the Russian Embassy as one of Australia’s leading ballet schools.

Jasmina commenced her training at the National Theatre Ballet School at the age of four, under the Direction of Royal Ballet prima ballerina Anne Jenner and then under Australian Prima Ballerina Marilyn Jones O.B.E. At the age of 6 years, Jasmina was awarded a scholarship by Gailene Stock, this was quite special indeed as Gailene was Jasmina’s first teacher at the Australian Ballet School, where Jasmina thus furthered her studies for six years under the Direction of Gailene Stock. Her classical ballet training was in the Russian Vaganova Method, in addition she also studied and undertook examinations in the A.I.C.D Borovansky Syllabus & Royal Academy of Dance Syllabus of which she received Honours & Distinction in all her results.

Her training was mentored by some of the best teachers in the world in which she received intensive training and tutelage, her teachers were;

Former & current students of Jasmina’s receive annual success and accolades world-wide. Jasmina is extremely meticulous in her training, rehearsing and developing of technical and artistic skills and is highly respected in the international dance industry. She is renowned for her impeccable standards and for her love and support of all her students; coupled with her desire to see all of her students succeed.

In her early adulthood Jasmina continued her studies with a Bachelor of Arts- Performance Studies at Victoria University in which she developed her choreographic & composition abilities alongside backstage theatre production, lighting, staging and other skills utilised in her Youth Production creations. Upon conclusion of her Bachelor she went on to further her passion for teaching and completed her Diploma of Classical Ballet Teaching Studied via the Royal Academy of Dance of which she is a Registered Teacher. She also completed her studies and is currently a qualified teacher in other varied syllabi’s and methods, these are; Australian Institute of Classical Dance (Borovansky Method), Australian Teachers Of Dance (A.T.O.D. Ltd.), Ballet Conservatoire (B.C), British Ballet Organisation (BBO)  Syllabus) & International Character Dance Syllabus (I.C.D.S).

Jasmina currently volunteers for two non-profit organisations; Ballet Teacher’s Workshop (2012 – Present), Australian Institute of Classical Dance (2015- Present). In the past she was a Royal Academy of Dance Vic/Tas Panel Representative for 4 years and friend of the panel for 2 years. Jasmina is also a member of the International Association of Dance Medicine & Science Member (2012- present). Jasmina has a strong passion to give back to the art form that gave her so much and has a strong desire to support the Australian classical dance community.  She is very passionate about supporting talented young artists in Australia and providing them with wider opportunities to expand and grow in through platforms such as these non-profit organisations.

Former & current students trained by Jasmina have achieved accolades and success world wide, and have been accepted, invited to participate, or placed in prestigious events, schools, company performances and national/international competitions noted below;

Jasmina has coached repetoire and variations & choreographed solos for students who have been accepted into the finals, Top 10-20 and awarded a place/scholarship in;

Former students have been guest performers in;

To view Miss Jasmina’s Acknowledgement on The Australian Ballet School’s Teacher Recognition Page, please click on the link below.